June 5, 1909: Indy stages its first race. As construction crews toil below, the racers soar high above the surface—in gas balloons.

1911: Forty-six cars enter the first “500-mile Sweepstakes,” 44 show up, and 40 qualify. Qualifying consists of sustaining 75 mph for a quarter-mile down Indy’s front straight.

Riding mechanics were mandatory at the Indy 500 from 1912 to 1922 and 1930 to 1937, but teams later abandoned two-man cars after World War II to cut down on weight and improve aerodynamics.

1913: Frenchman Jules Goux  chugged champagne at each of six pit stops.  He’s the first European winner and the first to go 500 miles without a relief driver.

New rule for 1914: No alcohol consumption while racing.

World War I keeps European entries away in 1916. The grid is the smallest ever: 21 cars. The race distance is shortened to 300 miles. Attendance is slim.

April 6, 1917:  America enters WWI, and racing is suspended for the duration. The Speedway becomes an aviation-repair facility and airport.

The track was paved with 3.2 million bricks after the gravel and tar surface caused several deaths. A three-foot strip of those original bricks still exists on the starting line.

Three-time winner, Louis Meyer cooled off with a bottle of buttermilk in Victory Lane. An executive with the Milk Foundation was so happy to see the moment captured in next day’s newspaper, he made sure to supply the beverage in the years following.

60 drivers, mechanics and spectators have died as a result of on-track accidents and debris. One of the worst tragedies came in 1931, when a wreck by race leader Billy Arnold sent a stray tire flying out of the racetrack and across a street, where it struck and killed 11-year-old Wilbur Brink as he played in his front yard.

It is said that Churchill Downs, Yankee Stadium, the Rose Bowl, the Roman Colosseum and the Vatican City can all fit inside the track.

13 nationalities were represented by the 33 drivers in the 2009 Indianapolis 500.

If you lined up all of the hot dogs and brats sold at the 500, they would wrap 3 times around the track.

24,000 pounds of track fries and more than 475 gallons of ketchup are consumed.

Fans drink approximately 15,000 gallons each of Coco-cola and Miller Lite.

The Indianapolis Motor Speedway is the hardest to leave sports venue in the world. It takes a long, long time to empty the place. Some experienced fans wait at least three hours after the race before they make their way to their cars.

So there you have it race fans.  This year’s Indy 500 is only 5 days away. Are you ready for the Greatest Spectical in Racing? 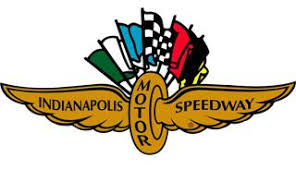